Oh my such a dilemma I face. I wait with baited breath for a new challenge to be posted. Yet last night when I lay in my bed, this went through my head, so I cannot wait for a photo. I write this NOW because I have the need to, because it kept me awake half the night. I write this, because of my compulsion to do so. Now all I have to do is remember the words that ran through my head! Who indeed shall read and comment…. for those that do, I welcome you and I thank you.

Josh walked up to the barn door, though large and heavy, he lifted the wooden latch and slid it open with relative ease. He blinked, his eyes trying to accustomise to the light, that shot it’s way through the opening into the cavernous surrounds before him.

An old rusted plough to his left and on the wooden railing in front of him, two leather collars hung on rusted nails that the Shire horses would have worn heavily around their necks,  as they trudged through barren soil opening the way for seeds to plant.

Out of the corner of his right eye, he thought he saw something move, a shadow, a flash of dark.
He had bought the house and the barn and the acreage, knowing the stories from the village, the old wives tales of the property he had bought, was haunted. It was the 20th Century, witches, ghosts, simply do not exist.

Yet his body shivered, a feeling there was something else in the barn, apart from him.

The door, thankfully allowed enough light for him to adjust, regain composure.

As much as he tried, something troubled him, a presence he couldn’t explain.

The shadow…the dark moved again, his peripheral vision caught it and he quickly looked in the opposite direction.

Curiosity, stupidity…he looked up and to his right, beyond the wooden palings.

Dressed in black… a figure.

He took one step forward.

He swallowed hard, he looked upon a face… ashen…distorted.

The barn seemed to close around him.

The figure clad in black, bare footed, hung from the beam in the loft above.

The noose that strangulated her, was taught enough to cause her eyes to bulge, her arms hung limp by her side. Blood droplets, painted the edge of her bottom lip, the colour contrasting against her pale skin.

Her hair matted, the texture of straw, nestled on her shoulders, under the hood of evil.

Her eyes opened, she smiled with yellow teeth… her body moved back and forth,  as if on a swing.

The barn door shut, he heard the latch close. 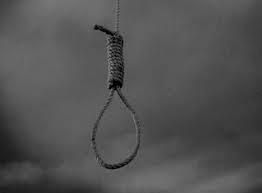 15 thoughts on “Shall I write of what I dreamt?” 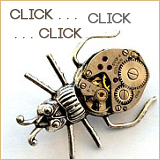 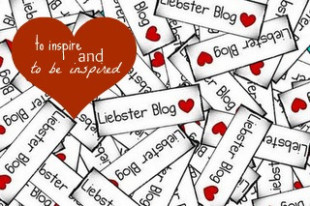