UK abandoned army camp north Yorkshire in clay mines you worked
Travelled to Rochdale on advice, permit granted to work in textiles
Tiresome, carrying three hundred pound boxes of heavy bobbins
Dress tie and holding leather gloves, you approached the girls and asked to dance
In ex Army style, you clicked heels and bowed,three times you chose just one girl
You a foreigner, had to wait outside the hall on her twenty-first
Parents not accustomed to your broken English ~ you were persistent
Hearts were won, as the War, hearts remained strong, War a distant memory
Immigrated to Aussie shores, past left behind ~ a new life was found

Dad in the Middle 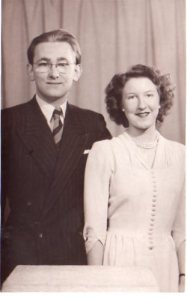 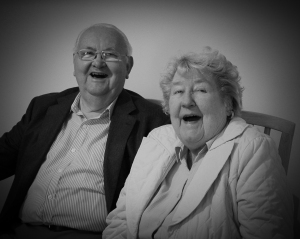 Gay has us working on American Sentences over at http://dversepoets.com – something I had not heard of.
I have been doing a Series of verse for my Pop’s life, this is the Final in the Series (for now) so I thought I would try it in the 17 syllable style of American Sentences.
Hopefully it is okay, I realise it is not beat poetry.

Signed the Fledging Flapping Wing Poet from Down Under