Ronan and Poderick walked up the hill in near darkness, till they reached the ‘Death Tree’.

“Don’ you be talkin’ ’bout such tings, tis nonsense and ye know it”, he replied.

“Why are we comin’ up ‘ere den, fer what purpose”?

“To prove to ourselves dat dares no such a ting as ghosts, or demons and the like”.

Dusk was slowly transforming to night, the wind across the moors howled, the chill in the air icy and unnerving.

Nothing to be seen for miles around, nothing but barren farmer’s land, old wooden fences, broken barbed wire rattling in the wind and …the tree.

“I don’ tink we ‘ave to prove anytin’, if dares ghosts up here, let ’em rest, let ’em be, we would be makin’ dem uneasy bein’ here”, Poderick said nervously.

Across the moors, the wind bellowed louder, a droning noise, like they had never heard before.

Planes of war, full of bombs ready to escape their hold.

Constant and haunting, Ronan and Poderick stared at one another, neither of them uttering a word.

Mist drew in around their feet, their ankles, blanketing their shoes.

“What da feck is goin’ on ‘ere Ronan, what is dis”, Poderick’s voice quivering, uncontrolled.

The mist encircled their bodies, as they stood transfixed to the earth.

The trees branches bare of leaves, liked boned fingers, it’s gnarly arms crossing each other, its bark, black like death itself.

Both of them tried to move but couldn’t, both tried to speak, no words would form.

As quickly as it came, the mist retracted, the wind silenced and the icy chill abandoned them.

“Dat was close, can we go now?” pleaded Poderick.

He turned, waiting for Ronan to answer him.

Poderick scanned the moors of darkness, yelling out.

“Ronan”, he screamed. Enuff wid da games, where are ya”?

Poderick stood motionless, his gut twisting, his breathing laboured, he had to leave, had to hope that Ronan was back in his house by the fire, drinking a toddy, and laughing at the prank he had pulled on his friend.

Thirteen steps on the blades of grass that snapped under Poderick’s feet, thirteen steps before he heard a voice and turned.

He shook his head vehemently, rubbing his eyes till his gaze locked on the tree before him.

Poderick looked up into the branches, in-between the boughs of twisted wood, a skull manifested.

“Holy Mary mother of God, what is happenin’ ‘ere”, he screamed.

The giant jaw dropped opened and from the broken and yellow teeth it spoke again.

In the sockets that once held eyes he saw Ronan.

This is a story that I submitted to the April Challenge at http://www.writingupsidedown.com   Writing Upside Down.

The spelling in ‘their speech to one another’, is purposely writen like this as the two characters are Irish and I was trying to imitate how they speak (in a lovely way of course).

I wrote this within an hour as I was notified of the challenge very late that night and was about to go to sleep. Hope you enjoy for what it is.

What it’s all about: Five Sentence Fiction is about packing a powerful punch in a tiny fist. Each week I will post a one word inspiration, then anyone wishing to participate will write a five sentence story based on the prompt word. The word does not have to appear in your five sentences, just use it for direction.

like the vase that holds no flowers
the bottle of scotch in the bin
the photo frame that held the happy picture
the photo I tore away, that was encased in wood

A nothingness remains…’empty’ like the tree stripped of its leaves 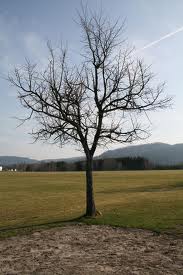 The sun shone down on the earth & warmed me complete

I waited in the grass, I lay & watched the clouds

The branches of the trees swaying in the subtle breeze

I was alone, waiting there were no crowds

Happiness spreading from tip to toe

This is heaven on earth, where I’m staying

I smile inside I think of you

How you lighten my days & nights

Your love, your laughter, your smile

I wait, I feel the grass around me

I run my hands through its blades

I think of you again and again

My thoughts of you shall not fade

You have brought me joy & never sorrow

You are my rock, my strength, my world

The sun is warm, I wait

The thoughts in my head of you swirl

I’m at peace & happy, the breeze is warm

But really we are one you & I

I wait… I smile… I love you

Music…songs & their words…bring out a different me….possibly hard to understand or for me to explain… but shall I say my emotions change, they heighten & I’m empowered to write simply by listening to lyrics…

My writing emerges from within me, sometimes I do not intentionally choose the words, or the scenarios…my words choose me...what ever wishes to materialise from somewhere inside my being…persuades me to write. I may not have a wide vocabulary nor be as eloquent as some other writers…but I am compelled none the less to do so..

Listening to Sarah at this moment in time

I picture rolling green hills & glistening blades of grass brushed by a sun shower, the suns rays reaching out to kiss the  world beneath from behind the slow rolling clouds…I picture white crested waves tumbling leisurely to the shore, stretching themselves out to reach the hot sands before rolling back onto themselves…I picture forests tall, as I walk upon crackling Autumn leaves beneath my feet, tall timbers being graced by the light of the sun caressing their canopy…I picture a new born foal unsteadily trying to stand to suckle from his mother…I picture an open fire, staring at the coloured flames, listening to the crackling of the wood as it relinquishes its fight against the fire that embraces it…I picture a new born being placed on her mother & to watch the tears that fall upon the mothers cheek as she gazes with intense love upon her perfect child…I picture rain drops settled against a frosted window pane slowly trickling downwards and breathing warm air upon the glass to draw pictures…I picture my parents tenderly holding hands or exchange a smile… I picture lying on a blanket on a warm summer evening and gazing above at an almost blackened sky that has come alive with stars…I picture my daughters when I sat in a dimly lit room on a rocking chair to feed them in the early hours of quiet still morning..their small hands grasping my fingers… watching their eyelids close from being sated with milk & a sweet sleepy smile..

so many things that music & lyrics bring me..

so I write not for acceptance…

& if perhaps my writing may touch a life…

with laughter…a smile…or perhaps even a tear..

that is the only recognition I as a writer need…